Busy…it feels good to be busy…no time to think or reflect or remember or ponder.  Rearranging bedrooms, picking paint colors, sorting what clothes fit and what ones don’t.  It’s how to survive, much of the time.  I feel like it is what I should be doing so I don’t immerse myself in hurt.  Just plug along, keep on swimming, keep on swimming…

Ha. Says my brain.  Nice try.  I was trying to clean up the duck “area.” Yes we have one surviving domesticated Pekin duck.  Lucas got chickens after Goodwillie, 17 to be exact, and 4 ducks.  The other fowl were not so fortunate.  They fell prey to hawks, raccoons, foxes and other various ferocious beasts.

So we have one duck left. She doesn’t even have a name, because when you have 21 birds you don’t get around to naming them.  I was worried about her this winter being the only one left and the chicken coop had been sold.  We had built her a shelter last year but she hadn’t used it.  It was out on the way way back of our property.  I asked Lucas to please go get it.  My good- hearted son dragged that beast of a wooden box, covered in dirt and grime and grossness closer to the house so poor ducky might be interested in using it.  I remember watching him do it, seeing how nasty and heavy it was, and thinking, what a great kid I have.

Then we had to go to TSC to get duck food and hay.  Once it freezes the ducky can’t dig in the pond or yard for bugs or whatever it eats.  So Lucas and I went, all the way to Lowell, with Bryleigh and Brady in tow.  Hay and duck food come in huge amounts so of course he loaded them up, and as I paid I was like, wow this is really expensive.  I just bought it anyway.

As we got in the car I kept looking at the receipt and shaking my head.  Lucas looked at it and started laughing.  The hay was like 23.00 or something.  We both were laughing our heads off that we had bought the gourmet hay.

Since my sister was with my kids today I started walking down the road, tears streaming down my face, sobbing, moaning, doing the ugly cry.  The snow was dirty and slushy, cars driving by sprayed me with sludge.  I wondered if it was possible to die of a broken heart.

I actually sat by the side of the road. In the snow. I googled most comforting bible verses.  This came up: 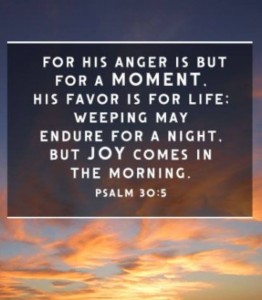 I thought how I had looked at him thousands and thousands of times and never thought once I might not have him forever.  How was I to know that was one of the times I would fondly remember with him, a simple trip to TSC?

It is something I don’t know how to wrap my brain around.  Every interaction I had with him, every look, every word was important.  I think of them like precious gold.  I think what I would trade for one more minute with him.  Even one minute.  I even wish I would have touched him in the hospital, somehow, while they were working on him just to feel his skin but I was too scared.  I didn’t recognize that boy on the table.  I was terrified.  Then he was gone.

Every word. Every interaction. Every minute spent together: gold.

6 Responses to ducks and life