I am so glad that God (and I think Lucas ) are propelling me forward to write.  It is so therapeutic for me.  I wake up thinking of something and immediately I feel like I must type it out, it’s bursting out of me.

Lucas was such a gift.  Such a blessing to everyone.  I knew it from when he was little and his kindergarten teacher described him as kind. So kind. Then his first grade teacher fell like love with him (I know because she’s my friend) and saw things in him maybe I didn’t recognize yet.  He was different.  She told me “he’s going to be homecoming king someday.” That’s the kind of thing a mother never forgets.

Then he went through a terrible illness where we nearly lost him.  He came out with a big piece of skull missing.  He never complained.  He didn’t complain when he had to stop snowboarding and ice skating and sledding.  He couldn’t play baseball or basketball or really anything.  He could bowl. So he bowled.  He was awesome at it.

He was just happy to be alive.  Happy to be at Goodwillie where he could enjoy nature to its fullest.  Immersed in trail guiding, leaf collecting, canoe building, drawing with Woody, eating outside in the snow. He loved everything they did there.  That he made it into Goodwillie is purely amazing- he simply soaked it up.  During a time in his life where he could have been upset and angry he was simply full of joy.

I’m not going to do his entire life bio here.  Mostly because I have a two year old next to me who needs a diaper change.  All his life I knew he was a gift.

In the book Lament for a Son by Nicholas Wolterstorff he describes not knowing how much he loved his son until he was gone. I knew how much I loved Lucas.  I knew with every cell in my being what I had.  Something one in a million.  One in a hundred million.  A parent could not POSSIBLY love a child more.

Does that make it harder that he is gone? I want to say yes but it is also no.  Every parent that loses a child has a huge hole in their heart.  It is terribly horribly painful.  Remembering Lucas as a physical person right now is like putting my hand in a fire.  Picturing in my head him holding his baby brother or at the baseball mound or walking in the door from school – just cut my arm off instead.  I can type about it but I don’t really see it in my head.

Loss is loss.  However I am just so grateful.  That God gave him to me for a little while.  That he could make an impact on so many people.  That God blessed me with this child that I always knew was too good for this earth.  The person that he was is the person that will be remembered.  His legacy will make an impact on this earth if I have to stand on the street corner handing out LIVE LIKE LUCAS bracelets.

He was too beautiful just to be just lost. 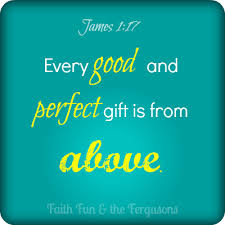