So many mixed emotions. It was a sparkling, beautiful day today, the kind the makes you want to climb to a hilltop and have a picnic.  The kind of day where you feel guilty if you stay inside instead of every possible minute soaking in sunshine and listening to the birds.

Days like this give me a pit in my stomach.  I want to enjoy them so much but just can’t.

At our house we have been watching the geese in the pond behind our house.  There are four Canadian geese that have decided to make our small piece of wilderness their home and they are very entertaining to watch.  In addition to our lovely nameless little Peking duck.  I keep watching carefully to make sure they don’t start picking on her.  I have become very fond of our little ducky and it they went after her I would be the first one running outside to grab those Canadian geese by the neck.  Little ducky is part of the Lucas era, you see.  She came with the first batch of chickens he raised from chicks.  They all succumbed to other predators but this one is a fighter.  She has outlived the rest by years and survived bitterly cold winters.  She reminds me of Lucas- a fighter. Fighting off a near fatal brain infection. If only he had outlived us all…

My little boy is so enamored by nature and animals and at 3 years old reminds me so much of Lucas…so so much.  The way he entertains himself by trying to unscrew everything with a screwdriver, how he is always, always trying to help me. Everything I do.  He follows after, picking up clothes.  Insisting he fill the dishwasher with soap, sweeping the floor, cleaning up anything that spills, picking up his puzzles without anyone him to.  He is sweet as sugar and just a happy and agreeable as can be.

Today he asked me three times in the car about Lucas.

“Where does Lucas sleep?”

“When is Lucas coming?”

You don’t know heartbreak until you have to try to explain to a tiny boy that his big brother died.  I don’t know what else to say.  He died. I say over and over.  If I say he is in heaven then Brady thinks he is just away on a trip.  To heaven.  \

The three month mark is about the time when your brain stops trying to subliminally tell you “he’s on a trip.”  Its the point where your brain says “oh sh*t, he’s really not coming back.” Three months is too long for a trip.

Three months is when a mother really starts cracking and everyone else starts forgetting.  Other people die, there are tragedies, world scale ones, people get cancer, there are accidents, the world keeps spinning on.

It doesn’t stop for one 15 year old boy who was someone’s whole world.

I start to hear comments like, “I think its time to take down those pictures.” “The kids need to move on and not think about sad things anymore.” “The Live Like Lucas days might be too much, its just really in everyone’s face.”

I’m trying to celebrate his life.  I’m celebrating the gift that was given to me and share it with others, use it to uplift and encourage.  I’m trying to do good for the community, for the world. That will always have to do with Lucas. His name will be on everything – its not Live Like Melissa.  He is my inspiration, my model, the whisper in my ear. The only way I can cope- the only way I can get through these long agonizing days is by filling that giant hole of his loss into a giant pool of hope.

I’m not sure how that has an expiration date.

“And let us not grow weary of doing good, for in due season we will reap, if we do not give up.” 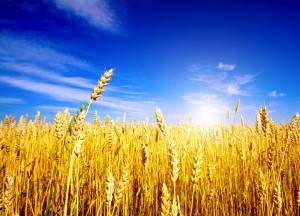