The least of these

Dinner time…the hardest.  Setting once less plate.  Not having that deep 15 year old voice reprimanding Bryleigh to get back in her chair and eat her food.  He was better at that when I was.   He was always telling me, “Mom don’t let her get away with so much.” Well to me, just getting dinner on the table and everyone around it was exhausting enough.  Then Brooklyn would start acting silly and Lucas would basically just shake his head at her, tell her to cut it out, ask her when she was going to start acting her age.  He never really understood acting one’s age.  She at 11 years old was acting exactly her age while he was always 25. 30 maybe.

Then he would help me clean up.  Every night.  I can’t clean up dinner without crying.  I can’t sit at the table without tearing up.

Just a constant ever present pain that soaks down to the marrow of my bones.  An ache.  A deep deep ache.

Lately I’ve been having these kinds of “life flashes” where I picture him as a toddler “mowing” the lawn, as a kindergartner reading the prayer at his spring program, all the precious little smiles on the first days of school, baseball games, orchestra concerts, it just all comes as a flood and the regret is agonizing.  That I can’t remember better.  That I didn’t enjoy every moment as much as I could have.  How having each child limited my time with him more and more.  Even though I never could have gone back anyway, now I can’t add to that precious time or make more memories with him.

No one should have to go through this.  I think that probably too frequently, that such suffering simply should not exist.  I think of the Isaiah 53:3 “He was despised and rejected by mankind, a man of suffering, and familiar with pain.”  I cannot fathom the suffering that Jesus went through.  I don’t know what it was like for him but this feels like a special kind of hell.

I just don’t know what to do with it right now.  Trying to think of others going through this, well it helps a little.  Yet it is my pain, I own it and no one else can feel it nor can they take it away.

It seems to me a paradox- as time goes on I feel the pain in more detail and more clearly.  Little things that he would have done or said come to me more often and cause such sharp wounds.  Yet I need to continue to function and live and be a Mom, I cannot falter. Well I can, but my kids need me so much and no one else can be me.

I am just a walking wound.  I am trying to do good things with my wounds, instead of hiding under the covers I might as well walk around showing them proudly.

More so I want to make him proud.  I want his life, short as it was to mean something.  I want desperately to make a difference by building upon what HE was.  The sweetest purest most honest soul there was.  His deep, deep compassion.  Whatever he did with his life he was absolutely going to help people.  I have to do what he would have dreamed and envisioned.  I have to run with it and I am passionate about it.

I am going to Guatemala in July with the same church group that he went with last year. 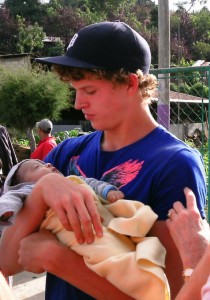 I want to see what he saw.  I want to do what he did.  I also want to help carry out a mission that I know he would have been so excited about… 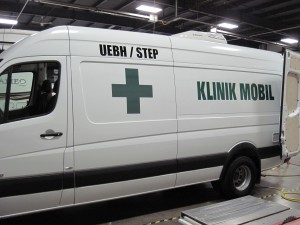 Some doctors from Holland have had the vision of raising money for and building a medical van to go to the outlying villages in Guatemala.  Right now medical care is almost nonexistent.  Hospitals only exist in major cities and for thousands and thousands of people there is just no way to get there.  Or they are too afraid to go.  It is a huge need.  This group of doctors also want to build a medical clinic.  The ministry that is in Guatamala and ministers to the people full time is called Grace Ministries.  http://www.aglimpseofgrace.com/

I believe the Live Like Lucas legacy begins here.  A medical van- that will ease the pain and suffering of thousands.  I want to use my pain to help others.

“The King will reply, ‘Truly I tell you, whatever you did for one of the least of these brothers and sisters of mine, you did for me.”

I have started a go fund me to begin the fundraising for the Lucas Van.  The hope is to get the “shell” of the van purchased in late summer so that it can go to American RV to be outfitted in the fall.  The total cost of the vehicle will be about $150,00.  I realize that sounds like a lot of money but every dollar will help.  Every journey starts with a single step. Please consider donating:

9 Responses to The least of these