I don’t know how I am going to get through tomorrow.  I didn’t even realize it until about two hours ago, when my daughter asked me if she could take a friend to get ice cream after school tomorrow.

Then it hit me- like a boulder. Like a semi.  A tidal wave of pain and sadness.  Our ritual of getting ice cream after the last day of school.  We have only done it a few years but the kids have it now ingrained in their memories.

Last year I think Lucas had an exam that day that the girls had their last day of school.  We went to pick them up and he saw all the elementary teachers standing in a row, waving to the busses as they drove circles around the circle drive, honking.  He immediately wanted to go say Hi to them.  My boy.  Always loving his teachers, wanting to see them again and reconnect with them.  He walked up and hugged them- Mrs. Schanski, Mrs. Beatty, Mrs. Deegan.  All amazing, inspiring, caring teachers who helped shape him.  They laughed as he towered over them.  After chatting for a minute we left to get ice cream.  We decided instead to get sandwiches at Schnitz’s and ice cream later, I think mostly because Lucas was hungry and convinced us all that was the best idea.  We sat outside in the sun and ate, reveling in another successful year.

I am so proud of all my kids.   So stinking proud.  Yet I remember that day so clearly, like crystal thinking how proud I was of my Lucas- so tall and handsome, so respectful and polite, graduating already from eighth grade.  Middle school had been tough.  He had lost a lot of confidence mid- eighth grade when suddenly his grades started to slip and he just seemed kind of lost.  He wasn’t himself.  We didn’t know what was wrong.  Yet he fought to bring them back up and was getting his footing again.  He was not a quitter, in fact that was the last thing Lucas was.  He was a fighter.  He was his own worst enemy- every time he got a grade that was not up to his standards he beat himself up.  He had ended the year on a really good note and he was so happy to be out of middle school.

It felt so good to sit there with my beautiful children.  All of them.  From towering to tiny.  It was gorgeous sunny day.  The flowers were blooming and the birds were singing.  Life could not have been better.

I realized two hours ago that he would be missing from our “schools out” party tomorrow.

Lately I have been fighting the memories so hard.  Working like crazy to distract myself because I don’t feel like I can go there.  It will break me.  They say it’s a spiral, you feel like your coming around and then you end up back at the beginning.  I feel anxious.  Thinking about him makes my stomach churn and my knees buckle.

Tomorrow is a day I don’t want to live through. 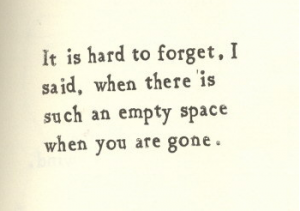