Life has been very chaotic lately.  First week of school.  Sending my 3rd baby girl to kindergarten.  New milestones of grief.  My brain has been all over the place, and I have to tell you, it was pretty unorganized before I had “grief brain.”

I’ve been trying to make as many candles as I can for the Painted Farmgirl Flea market.  My sale at Kennedy’s was a smashing success, netting almost $1,000 for the van.  I love making the candles.  Yet I feel torn with my sweet 3 yr old at home asking me to play cars, read books, play outside; the laundry calls ( I try to block it out), the ants are having a heyday with the crumbs on my floor, there are meals to be made…oh and the 6 and 9 and 12 year olds do require a tad bit of attention too.  Alas. Overwhelming.

I am also starting (with the help of a board of amazing ladies) a non- profit foundation. Which requires much thought and planning and paperwork and brainstorming and more paperwork.  Then a little more paperwork.  It is something I am immensely passionate about and  tremendously driven.  LiveLikeLucas.  Its not just a name or a slogan but a way of living.  Lucas’ legacy of kindness, of selflessness, of love will live on.  Not just an idea, a passing fad- an entity.  It will change us.  It will change others.  People will see how powerful just a drop of kindness can be- it spreads and spreads.  It heals wounds and forms bonds; forges connections and builds good will.  The kindness of one boy can have a ripple effect across oceans.

Today I was feeling a bit discouraged- with the amount to do and the the very fuzzy and unorganized brain that I have.  The sheer number of people in my household can have that sort of effect as well.  Thank goodness for my Mother and the Mondays she comes over and always makes everything OK.  A good dose of Grandma Linda will cure all ills.

I was standing at the counter making hamburger patties and she said, “I have something to show you- I’ve been waiting until just the right moment because I know it will make you really emotional and I don’t want to make things worse.”

She hands me a notebook that she had found while cleaning out one of my drawers a few weeks earlier.

It was a notebook Lucas had used in middle school at around 13 years old.  She opened it to a page that read this, in Lucas’ unmistakable handwriting.

“I was the recipient of a string of brain surgeries.  I, despite the odds, retain good health and show few signs of the afflicting ailment.  There were many miraculous moments that compelled many around me to come to a stronger Christian faith.  I went into a medically induced coma and was expected to emerge some two weeks later.  Despite their fearful expectations I awoke four days later.  This astounded all that were involved to a great extent.  This miraculous healing was only a small part of my experience with the grace of God.

Soon after, my heart, having been damaged, began healing vigorously.  It made such rapid improvements, it rendered the doctors dumbfounded.  My eyes having received much stress, lost all function.  Whilst in the hospital, my eyes regained their complete function.  None of the things said were normal or much less expected.  These things could not have come about so impeccably perfect and ideally (given the circumstances) without the divine hand.

I have been around many of the faith, and many more who are not.  The prevailing theme is that, quite honestly, the faithful are better off.  I don’t mean money, or success as others might have it, but a sense of happy contentedness.  I have noticed this same things occurring in my life when I put God first.  My family put God first by coming to him in my time of need, and that is why I am here today, that is why I am a man of God.”

13 years old.  A man of God.  A tremendous gift to me and so many others. Wise beyond his years.  A legacy and a faith to be carried on.  THIS is why it is all worth it. 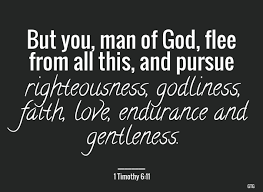 8 Responses to Man of God