Today I stared at a peanut butter jar and wept.

I wept because that same peanut butter jar has been in my cupboard for weeks now.  I mean, its a big jar, but we used to go through those like nothing.  I would be buying a twin pack of the even bigger jars at Sam’s at least once a month.  I was at the store getting four gallons of milk once a week.  Now the milk just…sits.  The only one left who really likes milk is Brady.  He’s only three.  He drinks maybe 12 ounces a day.  So the milk just sits.

Oh my Lord, there was a person who who used to go through our food like GANGBUSTERS.  No wonder he was so big.

What I wouldn’t give to have that huge grocery bill again.

What I wouldn’t give to have him pester me to get more almonds or hummus or guacamole for Pete’s sake.  OH WHAT I WOULD NOT GIVE.

He always wanted to go to the store for something and it pretty much annoyed me.  Well that and the gym, and I was like DUDE! I cannot handle any more running around right now!!

I would drive him around for the rest of my life if I could.

Sometimes when I am lying awake at night and it hurts so bad, so bad, so BAD I play bargaining with myself.  I don’t know why, it doesn’t makes things better its just something I do.  I say to myself, I would give up every. single. thing. I own, every penny I have, I would walk on hot coals every day just to spend one more day with him.  Even just a day.  I try to imagine the most extreme pain and misery and deprivation I would go through just to have him back.  I have thought, what about jail? Would I go to jail? Yes, yes I would.  The strange and bizarre games my head plays.

The reminders of him are everywhere I look and everything I live.  Halloween.  Every costume he wore flashes through my head.  Who he trick or treated with.  Last year at his orchestra concert he was supposed to dress up, so as the on- top- of- it Mom I am, I went and got him an old man mask and dorky cardigan sweater that day.  He was less than thrilled but he wore it.  At least while he walked out on stage and then took  it off (so he could see his music).  He later went to a Halloween party with friends.  He was here a year ago.  He lived and thrived and ate lots of peanut butter and went to parties.  I could give him a hug and rumple his hair and hear his voice.

We have a bathroom downstairs that no one uses to get ready in.  Anymore.  He used to.  I opened the drawer for the first time a few days ago and saw his deodorant, his toothpaste, his cologne.  The cologne he had gotten for christmas that year.  Untouched since he last used them on his last day on earth.

What is the moral of the story today? I don’t know. I just have these moments, times, hours of sheer unadulterated misery and I don’t know what to do but sit down at my computer.  I usually cry silently but today miracle of miracles there is no one here.  I can scream at the top of my lungs and wail and moan.  Yup scary I know but it helps.  It helps that people cry with me.  That others miss him too.  That people actually click the link and read this because they want to know how I am doing today…even though its incredibly sad.  Then if they see me later I most likely have a smile on my face.  Not that it is a fake smile neccessarily.  It’s that I grieve, and I grieve hard and then I have to get with my day.  Not that I won’t see 20 things in the grocery store that stab at my heart but I have to keep going.  You just keep going.

You just keep going.  I am sure that many many people who read this, maybe all, have something heavy that lies on their heart.  I have a friend who is having breast cancer surgery today.  I am praying for her, right now this moment.  That is scary as hell.  Life is scary and hard and heartbreaking.  You just keep going.  Just keep swimming.  Just keep swimming. 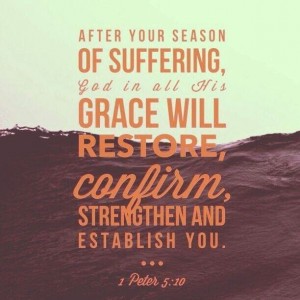